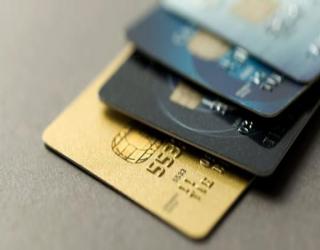 These Debit, Credit Cards Won’T Be Valid From January 1

NEW DELHI: Some debit or credit cards may not function from January 1 next year. As per an old directive issued by the Reserve Bank of India (RBI), “the magnetic stripe cards” will have to be replaced with the EMV chip, PIN-based ones by December 31, 2018. Users need not panic as they still have some time left to replace the old-technology cards from their existing lenders if they haven’t done it so far. The new EMV card comes with more security features and is considered to be less vulnerable to frauds.

The central bank had issued the directive on August 27, 2015, and given the banks more than three years to complete the transition. The RBI had stated that “with effect from September 1, 2015 all new cards issued – debit and credit, domestic and international – by banks shall be EMV chip and PIN-based cards.”

Banks, on their part, have been sending repeated messages to the users to update their cards.

Chip card security is the latest standard in debit, credit card security. EMV, which stands for ‘EuroPay, MasterCard and Visa’, includes a small microchip that protects buyers against fraudulent transactions.

How to check that a card is EMV supported?

It is easy to identify if the card has EMV or not. EMV cards feature a golden-coloured chip embedded on the front, mostly on the left side.

What is a magnetic stripe card?

This type of card can store data by modifying the magnetism of tiny iron-based magnetic particles on a band of magnetic material on the card. The magnetic stripe, sometimes called swipe card or magstripe, is read by swiping past a magnetic reading head which makes it more vulnerable to frauds.

How EMV is different from magstripe card?

EMV chip and PIN (Personal Identification Number) cards are designed to prevent fraud and these are very hard to clone. The chip and PIN cards have sophisticated encryption which prevents unauthorised access. It also protects against both counterfeit (skimming) and lost and stolen card fraud.

There are two ways to replace your old magstripe card:

* For instance, SBI users can login with their user ID and password on its portal (onlinesbi.com)

* As you click on the option, a new webpage will appear

* Click on the ‘Submit’ button to complete your request for debit card replacement and the new EMV chip card will be sent to your registered address.

And second, by visiting your bank’s home branch

In case you don’t have access to net banking, you will have to go to your local bank branch. You will be required to fill a request form for the new EMV chip-based card and submit at the bank’s branch. The bank will send new EMV chip-based ATM card to your registered address.