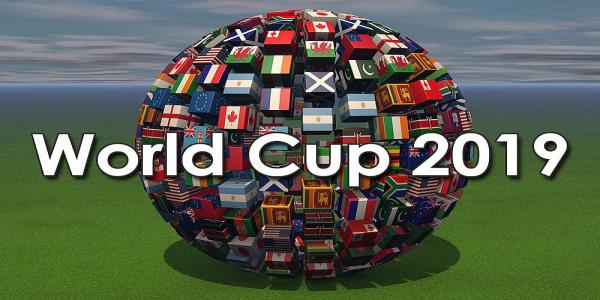 11 world class venues across England and Wales will have the privilege of hosting the matches of cricket World Cup 2019. The inaugural match of the ICC World Cup 2019 will be played between the host England and South Africa on 30th May at Oval. The current world champion will get to play its first match against Afghanistan on 1st June 2019 in Bristol. The two time world champion India will be seen playing its first match on 5th June 2019 against South Africa in Southampton.

The arched rivals India and Pakistan will play their first match against each other on 16th June 2019 in Manchester. The Cricket World Cup 2019 tournament will be played in single league format and after the completion of 45 matches from the league; the top 4 teams will get to see each other in the Semi-Finals of the ICC World Cup 2019. The final clash of the top 2 teams will be played on 14th July 2019 at the historic ground of Lords. A total of 48 matches will be played throughout the tournament.

A total of 11 venues have been chosen from England and Wales to host the ICC World Cup 2019. Here is a list of all the 11 venues.

This time the ICC has planned to hold single league matches instead of dividing the teams into groups. A total of 45 matches will be played with each team playing nine matches. The top four teams will qualify for the semi-finals.

So if you are cricket freak then hold on to your nerves as very soon you will be witnessing the clashes of the kings of cricket in England and Wales in the mega cricketing event the ICC World Cup 2019.