For a long time now there has been a lot of talk about e-waste and how to deal with the magnanimity of the problem. One of the better solutions has come from an unexpected source: the organising committee of the 2020 Tokyo Olympics. The Tokyo Olympics committee, according to a report by Engadget, has revealed that it will “forge its 2020 Olympics medals from recycled smartphones, laptops and other gadgets.” This, however, isn’t the first time medals are being made out recycled metals. At the Rio Olympics in 2016, recycled metals were used for medals but for less than 30 per cent of gold and silver. This will be the first time that all the medals will made out of recycled metals.

On the organising committee’s website, there’s a detailed explanation of how they have gone about doing this. For instance, the committee notes, “The small electronic devices donated by people across Japan will be classified and dismantled and by contractors accredited in line with the government’s Act on Promotion of Recycling of Small Waste Electrical and Electronic Equipment. The medals will be produced after the gold, silver and bronze elements have been extracted by the smelting contractors.”

Further, the committee said that it collected about 48,000 tons of e-waste. Over a whopping 5 million discarded/unwanted devices produced metals worth over $3 million. There’s also a detailed classification of the metals collected. For instance, the committee collected 2,700 kg of bronze, 28.4 kg of gold and 4,100 kg of silver required for the medals from the e-waste. While the target for bronze and silver has been attained, the gold remains bit short. The committee had wanted to collect 30.3 kg of gold but there’s still time as the project – titled Medal Project – will last till March 31, 2019. The targets for bronze and silver were met earlier this year.

The committee also revealed that “since the project was launched in April, athletes, students from partner universities and members of the public have been cooperating with the project by collecting used small electronic devices.” 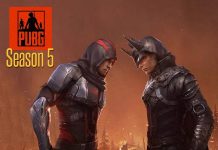