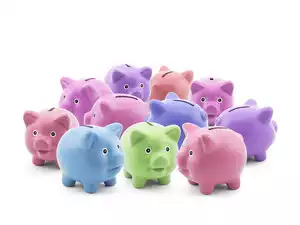 Dashing the hopes of fixed income earners, the government has kept the interest rates for small savings schemes which include PPF, POMIS, NSC etc. unchanged for the second quarter(July-September) of the current financial year.

Due to the increase in interest rates in the economy, it was expected that the government would increase interest rates on small savings schemes as well. Several of these schemes such as PPF, NSC, post office monthly income scheme, and Senior Citizens Savings Schemes are popular with fixed income earners.

Why rates were expected to be hiked?

The expectation of a rate hike was built up due to the fact that the government has benchmarked these schemes to the yields of government bonds of same maturity. The interest rates of these schemes are calculated by adding a mark-up to the average government yield in the preceding quarter.

Reserve Bank of India (RBI) in its bi-monthly monetary policy held on June 6 hiked the repo rate by 25 basis points.

While the government has kept interest rates unchanged, banks have been raising rates offered on fixed deposits (FD). Currently, State Bank of India (SBI), the country’s largest bank, is offering interest rate of 6.65 per cent for FDs with a term of one year but less than two years. On the other hand, interest rate offered in the one year post office time deposit is 6.6 per cent.