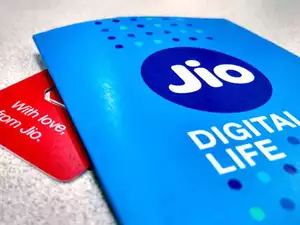 NEW DELHI | MUMBAI: Reliance Jio Infocomm appears to be stealing a march over rivals Bharti Airtel and Vodafone on voice over WiFi. The telco has informed the government that it will launch the service shortly, a move that will give the Mukesh Ambani-owned carrier’s customers the ability to make calls even in areas having poor mobile signals.

Jio is also integrating the voice over WiFi feature in its new range of 4G JioPhone feature phones, which have helped the telco make inroads into rural areas, people familiar with the matter said. The JioPhone has helped the company cross the 200 million user base mark in less than two years after its commercial launch in September 2016. India still has about 500 million feature phone users.

The service — which will help a mobile user initiate an internet call using the nearest public WiFi network and route it to the destination mobile or landline network — can help overcome the frustration of dropped calls in rural areas, old buildings with thick walls, underground garages, metro stations and other locations where mobile signals tend to be weak. A senior official at the Department of Telecommunications (DoT) said that security testing of Jio’s service has been completed.

Jio has asked the ministry to complete any other tests required before it offers the service commercially to customers, he added. , said people with knowledge of the matter.

The Indian government is trying to give a push to the public WiFi ecosystem in the country under its ‘Public Open WiFi’ project that aims to broaden the spread of such services by offering cheap internet connectivity in rural areas and tier-2 and 3 towns. DoT plans to launch 10,000 WiFi hotspots across the country next month and scale up to 100,000 in the first three. According to an Analysys Mason study, public WiFi will connect 40 million new users to the internet in India by 2019.

The telco plans to initially offer the service for Jio-to-Jio calls before expanding it to other networks, said people familiar with the matter. The telco is unlikely to charge customers for the new service since it has already said that voice will always be free of charge on its regular Voice over LTE (VoLTE) networks. Rivals Bharti Airtel and Vodafone India are aiming to launch their own WiFi services as well.

Airtel chief executive Gopal Vittal told ET the carrier was running trials. No 2 carrier Vodafone India, which is merging operations with the third-largest one, Idea Cellular, has similar products on offer in markets such as the UK and Australia and is preparing to replicate them in India.

While Airtel and Vodafone are expected to offer these features through smartphones that are VoLTE enabled, Jio expects to target a much larger customer base that also includes people in rural areas and smaller towns who are still on featurephones by integrating the service with JioPhone, another person said. This can also be done through over-the-air (OTA) updates of the device, company insiders added. Jio’s entire network is VoLTE based.

Demand for the JioPhone — which comes bundled with apps — helped Jio add 9.63 million subscribers in April, the most in over a year, of which 3.9 million were rural ones, the most among all telcos, according to the regulator’s data.

Voice over Wi-Fi will add to the popularity of the device—already the featurephone leader—and thus help Jio sign up more users and give a thrust to its bid for 50% revenue market share in the next few years.

Jio did not comment on the development. Last month, DoT amended licence conditions allowing telcos to allot a single mobile number for both cellular and internet telephony services, allowing carriers to offer voice over WiFi service—even without a cellular signal—in the near term.

Under internet telephony rules notified by the government, telcos have also been allowed to use each other’s data networks when consumers make voice calls over WiFi, even allowing third-parties to offer internet calling with a valid licence. The shift will also help telcos free up airwaves to meet surging data demand.