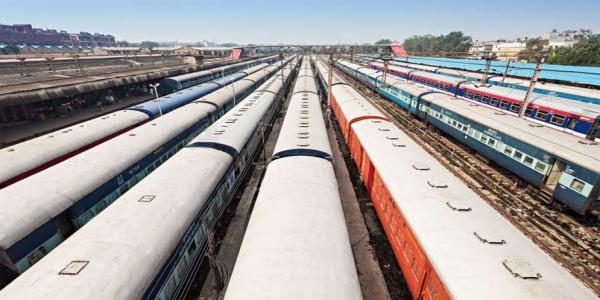 Indian Railways canceled 358 trains on Wednesday due to operational reasons. The trains which have been canceled are the most passenger trains. At the same time, it has been decided to cancel some special trains along with some mail and some express trains along with the railway. Traffic blocks have been blocked in many places across the country for repair work in various zones of the Railways. In such cases, these trains have been canceled for better operation of trains. A list of trains canceled on the Railway website’s National Train Inquiry System (NTS) has been released.

Cancellation of Reserved Tickets Complete list of trains which have been canceled byrefundrailway has been released on Railway website’s National Train Inquiry System. At the same stations, the announcement of the canceled trains is also being given to the passengers through the proclamation. 139 Service tax on the service tax can also be known. At the same time, the passengers who have canceled the train can cancel their ticket and get full refund.

Indian Railways operates approximately 12,600 trains daily in the whole country. About 2.3 million people travel daily in this. On the other hand, railways are sometimes blocked by Indian Railways from time to time in different parts of the country to improve the structure and other structural structure of the railway. Due to this, the trains have to be canceled for better operation of trains