7th Pay Commission – Deductions on incentives proposed, here is how it works. 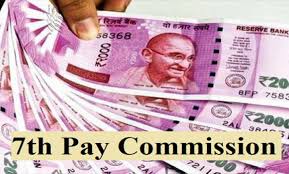 With no good news on the 7th Pay Commission, there has been a proposal to have deductions on incentives. Many CG employees were left disappointed with none of their demands including one of a hike in the basic
minimum pay not being addressed.

Further the government proposed to increase the limit of exemption from the existing 40 per cent to 60 per cent of payment on final withdrawal from NPS. Further it was also decided to allow dedication under Section 80 C for the contribution made to Tier-II accounts by the CG employees.
Further a proposal to allow a deduction for the employer’s contribution up to 14 per cent of the salary from the existing 10 per cent in the case of CG employees was also made.
The CG employees have been demanding a pay hike of up to Rs 26,000. The 7th Pay Commission had recommended a pay hike of Rs 18,000, which had left the CG employees thoroughly disappointed.