Your Aadhaar details are leaked by government websites, too

As pointed out by Moneylife, and contrary to all claims from the Unique Identification Authority of India (UIDAI) and Ravi Shankar Prasad, Minister for Electronics and Information Technology, Aadhaar number of several people continue to leak on the internet from government websites. In fact, even the website of Ministry of Electronics and Information Technology (MeitY) uploads PDF files containing copy of Aadhaar from people.

This flood of leakages raise serious questions on the entire Aadhaar system, when Attorney General KK Venugopal and UIDAI CEO Ajay Bhushan Pandey, are trying to impress the five-judge Constitution Bench of the Supreme Court about safety and security of the UID. 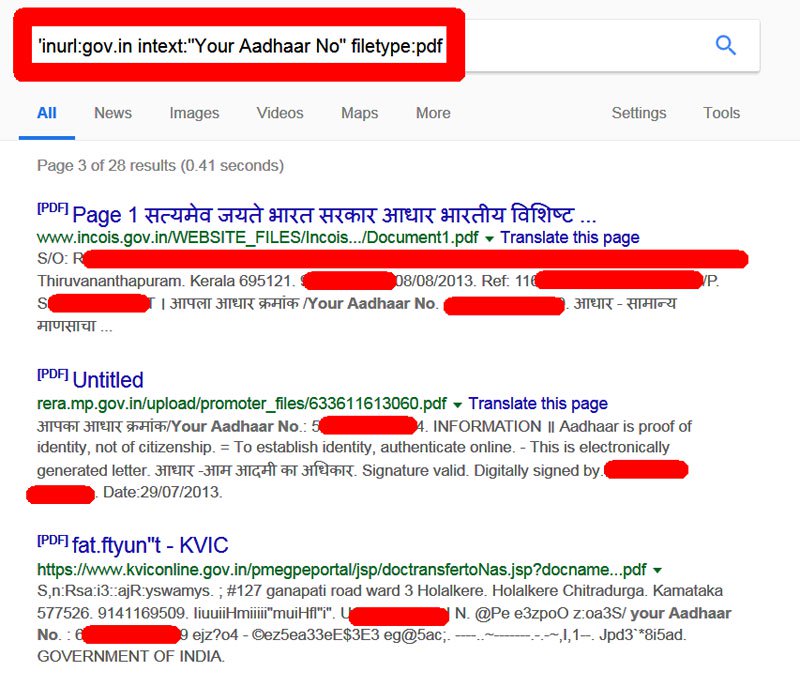 The leakages data revealed on the first search page, belongs to MeitY itself. It looks like the Ministry headed by Mr RS Prasad believes in revealing personal details of Right to Information (RTI) applicants rather than furnishing complete information on UIDAI or Aadhaar project itself. Remember, UIDAI has still not revealed under RTI details about its contract with foreign agencies or enrolment agencies they have hired. 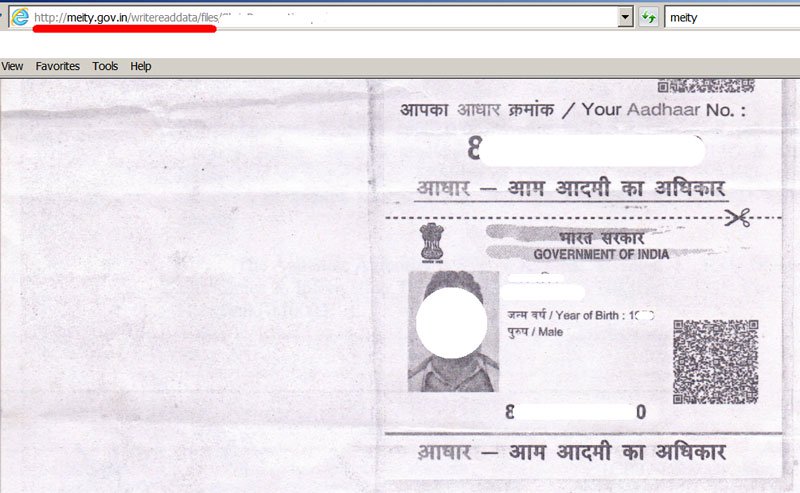 However, MeitY is not the only government website that is leaking Aadhaar number and other data of citizens. The governments of Delhi, Madhya Pradesh, Kerala, Rajasthan as well as some specialised portals like the Systemized Administration & Regulation of Tendering and Handling All Court Cases (SARTHAC), Intellectual Property India are found leaking Aadhaar data of applicants.
Interestingly, even the Delhi government led by Aam Admi Party leader Arvind Kejriwal seems to believe uploading personal information of RTI applicant, including Aadhaar is the right thing to do. 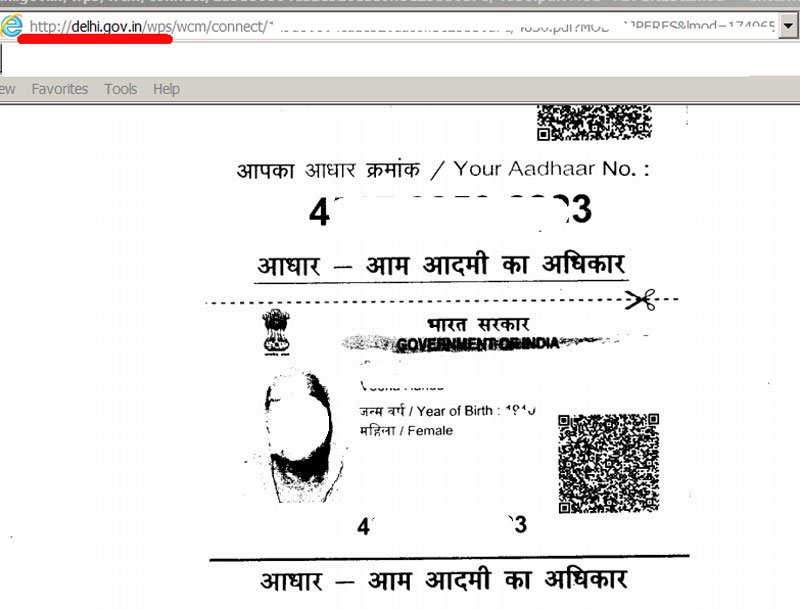 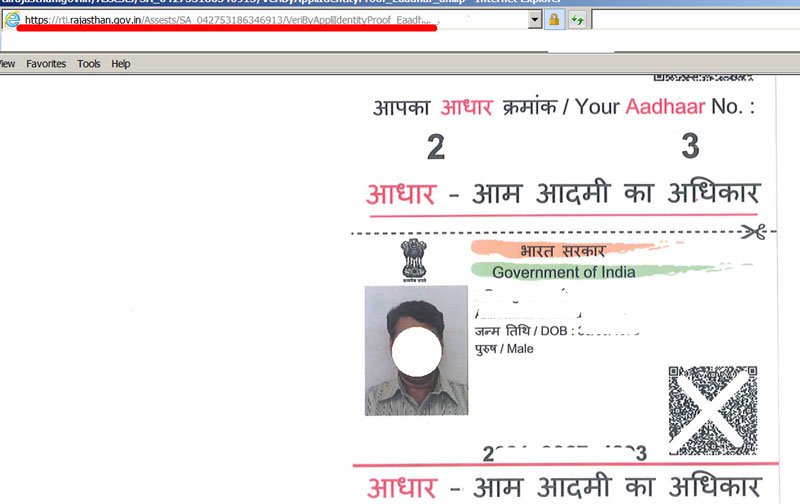 The state government in Madhya Pradesh headed by Shivraj Singh Chouhan from BJP believes in publishing personal information like Aadhaar and PAN of promoter and developer under the  Real Estate (Regulation and Development) Act (RERA).

In implementing central government schemes, the government from Kerala, headed by Pinarayi Vijayan of the Communist Party of India (Marxist), has uploaded entire PDF file containing application, Aadhaar, electoral card and copy of bank passbook of the applicant on its website. 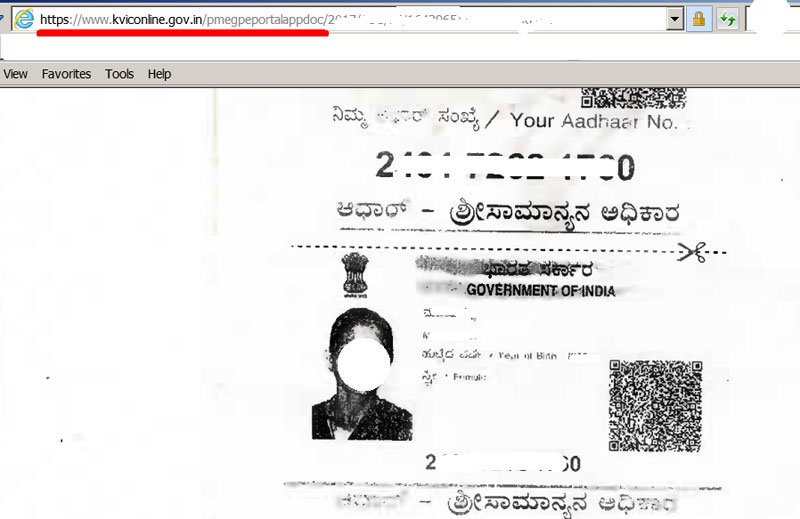 SARTHAC, which owned by High Court Cases Monitoring Cell of High Court of Calcutta, also seems to be uploading scanned copies of cases including personal information of people involved in the matter. 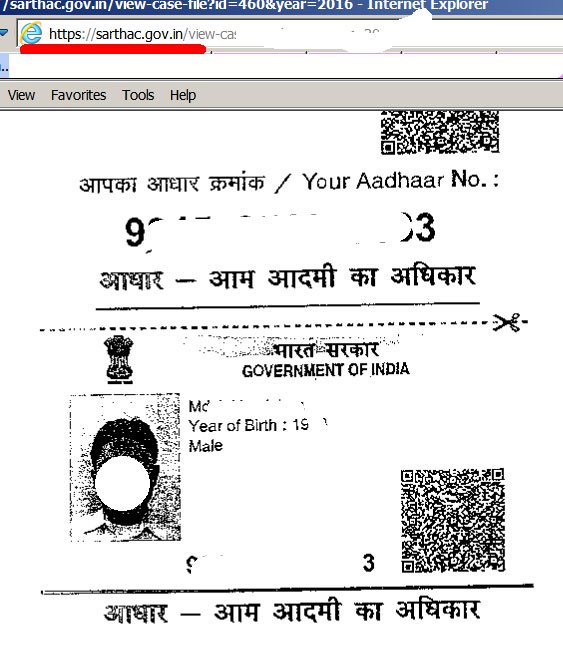 Intellectual Property India too appears to have failed to understand rights of individuals and publishes all details on its website. This includes application forms, as well scanned copy of Aadhaar of those filing affidavits. 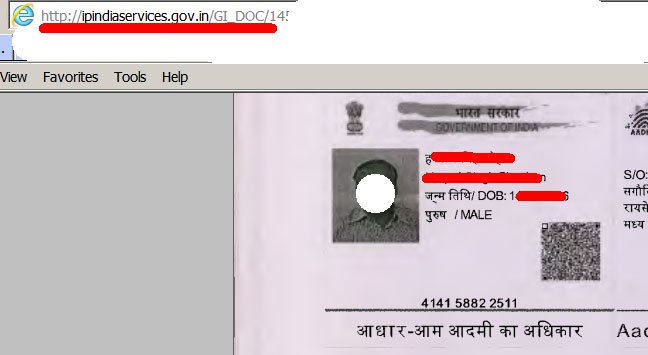 Last time, when the issue of leakages of Aadhaar information on internet was raised, the UIDAI had shirked its responsibility by saying that by knowing someone’s Aadhaar, no one can impersonate and harm anybody. In addition, the UIDAI CEO told the Supreme Court that they are ignorant about purpose and details of transction being undertaken by various entities using Aadhaar.
[contact-form-7 id=”1106″ title=”Untitled”]