Open a Subway store in India and make ₹1.5 crore, Here’s how to do. 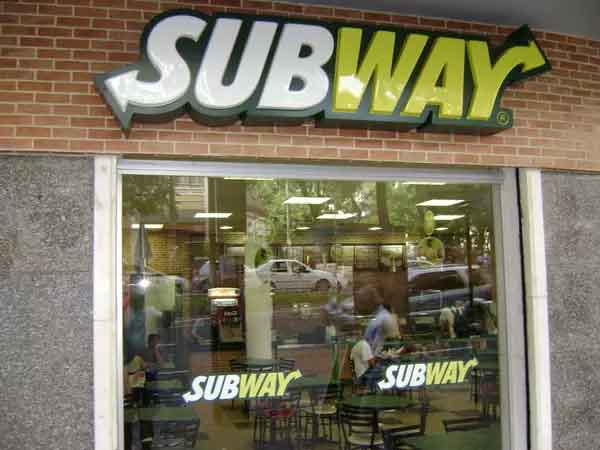 The popular American restaurant chain, Subway, is the largest fast food chain in store count. And, it has been growing since its arrival in India in 2001.

In the next two years, Subway wants to increase its store count to 1,000.

Subway has a unique way of partnerting. Unlike other chains, whose franchises are normally operated by investment firms, Subway is mostly owned by individuals or families.

They are also cheaper to set-up. The company’s co-founder, Fred DeLuca, made stores easy to open. Most new franchisees are charged $15,000 as initial fee, as compared to $45,000 by McDonald’s. In exchange, Subway operators must hand over more revenue than at many other chains — 8% of gross sales — in addition to other fees and stipulations.

To open a Subway restaurant, the potential franchisee partner must be a graduate, and should be in a state to have an investable surplus of$1 mn, according to a report by Phillipcapital India Research.

Ravi Bhandari, who opened a subway store at Jodhpur, Rajasthan in western India in 2012, is now expecting a turnover above ₹1.5 crore for FY 19-20. “I invested around ₹80 lakh including a deposit of ₹6.5 lakh,” Ravi told Business Insider India.

However, it wasn’t easy at first. “I chose Subway because it allows consumers to customise food. The idea was successful as the city, didn’t have a subway outlet. The first turnover was ₹57 lakh. But, I soon ran into rent losses,” he said.

Bhandari closed the first outlet and opened it again in a different location in 2018. Only this time he owned the land. “Last year, the turnover was ₹1.3 crores with 13% profit.”

The store has 5 employees including two sandwich artists and a manager. Bhandari manages the operation closet, also has a sleeping partner.

Subway’s eligibility criteria says that the owner should have no political connections or a criminal background. Further, the partner should also be able to procure several licenses including a permit from Food Safety and Standards Authority of India, the shop and establishment license and the fire and trade license.

“Anyone who is interested can simply visit the website and fill the form. I was called for interviews and formality a few days later after I submitted my application online,” explains Bhandari.

Another eligibility is the land required to build the store. Further, the minimum area required for setting up a Subway store is 650 sq.ft. or 350-400 sq.ft. if the store is in a food court or a mall.