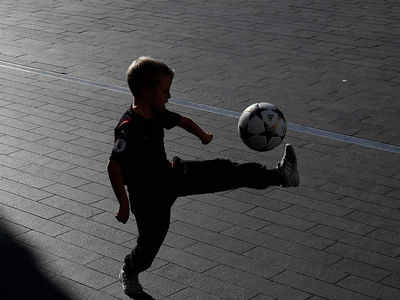 NEW DELHI: Egged on by sports enthusiast parents, Ananya Budhivant (12) took up rifle shooting a couple of years ago. While her parents are determined to help her flourish as a sportsperson, they are yet to put a financial plan in place to fund the goal. “We have been putting aside Rs 15,000 in recurring deposits every month for her future needs for the past seven years,” says her mother Prajakta. However, given that Ananya will need Rs 15 lakh in five years’ time to support her rifle shooting activities, the corpus will not be enough to meet the cost of her studies and sports. 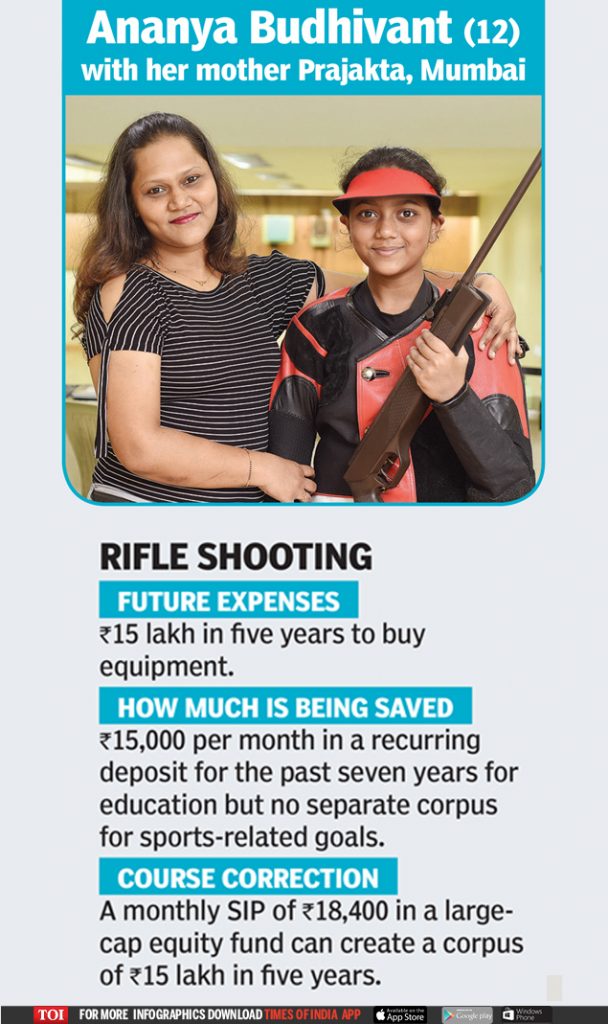 Experts feel that along with focus on honing their kids’ sporting acumen, it is also important for parents to address the financial aspect early on. “Financial planning for budding sportspersons is critical, but is often ignored. The sporting journey entails a host of expenses apart from coaching fees. You have to be prepared for expenses related to tournament participation, travel, sporting gear and so on,” says Deepthi Bopaiah, executive director, GoSports Foundation.

Like the Budhivants, Rishi Menezes is the proud father of another young achiever, Rakin Jade Menezes (10), who trained under a coach from FC Barcelona last year. “He plays football for his school and last year, received a scholarship from FC Barcelona, which runs an academy at his school,” says Menezes. The scholarship took care of most expenses last year, while ancillary costs were met out of existing savings. Rishi is aware that enrolling his son at a good coaching centre in five years will cost him Rs 3-5 lakh a year, but he is yet to kick off a savings plan.

The success of Indian athletes has led many parents to view sports not merely as a hobby, but also a possible career for their children. In the last few years, private academies founded by elite sportspersons have made their debut, providing a structured platform to budding sportspersons.

Rules of the game

Despite the euphoria around sports, parents are yet to start saving and investing for sport-related activities, unlike conventional higher education goals. For this, parents need to first estimate the costs—a tricky task given that coaching fees and other expenses vary widely. For instance, an air rifle and kit can cost around Rs 2.5 lakh, while a pistol can cost Rs 1.3 lakh, says Aman Deep, Founder and Head Coach of NCR-based Eminence Shooting Academy. The costs vary according to the sport chosen. Says Jyothi Rajesh, whose 14-year-old son Uttam is a budding chess champion, “We spend around Rs 25,000 annually on Uttam’s chess activities, including coaching and tournament fees.” She says it is difficult to estimate future expenses, but wants to create a corpus of Rs 3 lakh over the three years. “He is not playing professionally yet, so it is tough to set an estimate, but we can invest Rs 40,000 a year to fund his aspirations,” she says. 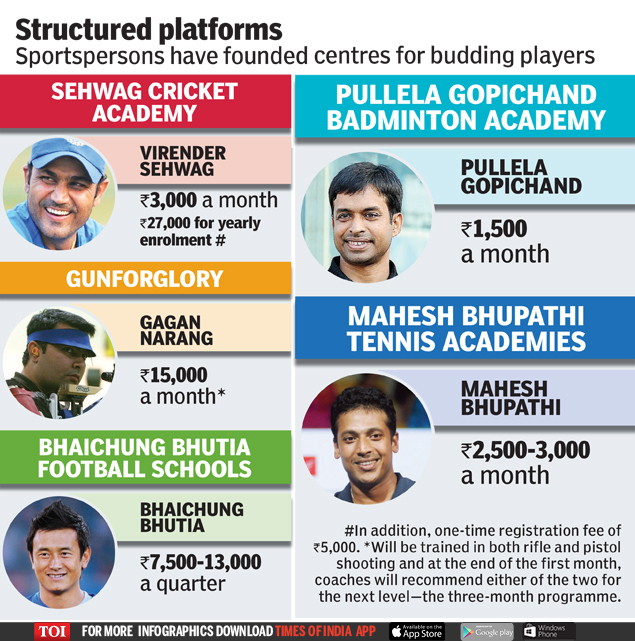 The cost of pursuing badminton, fall in the range of Rs 5,000-7,000 for beginners. A racquet could cost up to Rs 14,500. “You must factor in cost of shuttles. It could go up to Rs 1,800 per box of 12. Sessions with psychologists to build mental toughness can cost Rs 1,500-2,000. While diet is important, at this stage, we encourage kids to enjoy their game,” says Sagar Chopda, Coach, Prakash Padukone Badminton Academy.

Football coaching fees for children can range from Rs 500 to Rs 3,500 per month. “At our residential academy, which takes care of schooling, lodging, nutrition and best-in-class football training for students in the age group of 8-15 years, the fees could go up to Rs 4.2 lakh a year,” says Akshay Chachra who leads the partnerships and marketing vertical at Bhaichung Bhutia Football Schools.

Cricket continues to be the most popular sport, drawing kids like seven-year-old Omar Khateeb into its fold. Monthly spends amount to Rs 5,000, including coaching fees. “At present, coaching is not too expensive as he is young, but in the next five years, the coaching fee itself might go up to Rs 1 lakh per annum. A good quality bat costs Rs 20,000, and we may have to spend Rs 6,000-8,000 on stumps, gloves and shoes,” says his father Junaid. 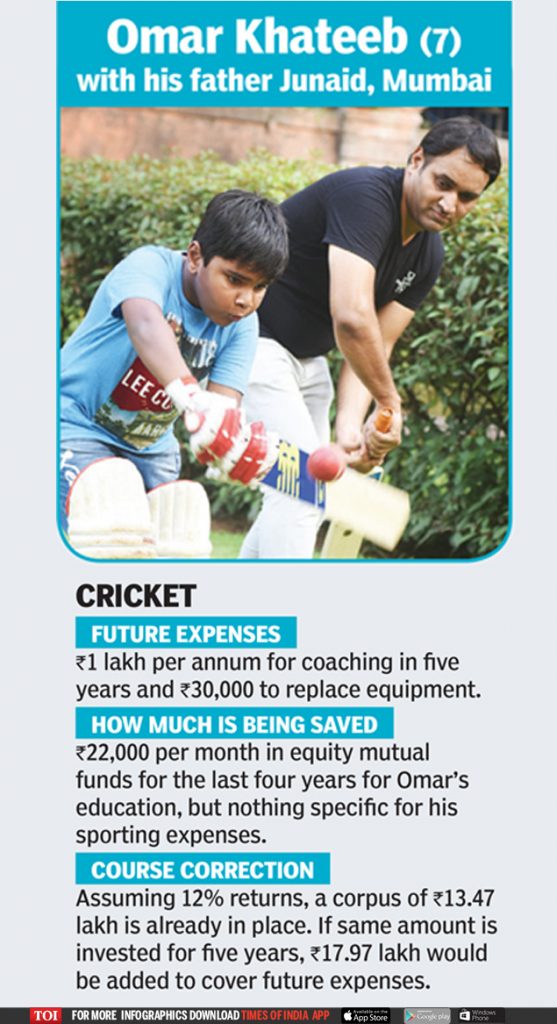 Funding options for aspiring sportspersons are limited to scholarships, though education loan providers like Avanse allow financing sports training, after the age of 18. The average ticket size ranges between Rs 2-12 lakh, while the interest rate varies between 13-14%. The loan has to be repaid within 6-10 years. However, one cannot avail of tax benefits under Section 80E as those are meant for higher education and vocational courses.

Master blaster Sachin Tendulkar’s formal brush with the willow came at the age of 11, while P.V. Sindhu started playing badminton under a coach’s guidance at the age of eight. Clearly, an early start is key to seizing the advantage in case of most sports.

Unlike higher education, which is a long-term goal that affords enough time to build a corpus, sports-related expenses will kick in when the child is young. You will have to juggle these expenses along with regular school fees, as the expenses are not standardised or predictable. “Most parents plan as they go along as they do not know when they would need the money or the quantum,” says Shweta Jain, Founder, Investography. While Junaid Khateeb has been investing in mutual funds towards Omar’s education expenses over the last four years, but not specifically for sporting endeavours. “Parents dip into their savings to fund their child’s sporting aspirations as they are not clear about the trajectory such a career will follow,” says Pankaj Mathpal, CEO, Optima Money Managers.

Given the likely short-term requirements, liquidity is to be accorded more points. “Parents should direct 30-40% of child-related savings towards cash and debt instruments to meet expenses at the junior level. They should set aside 20-30% of the savings in fixed deposits, and the rest of the capital should be invested in equities with a horizon of 5-8 years,” says Zankhana Shah, founder, Moneycare Financial Planning.

A sound financial plan can prevent desperate decisions. Even if the amount is small, parents should set up a savings stream for sports. “An initial allocation of Rs 5,000-10,000 per annum must be planned for shoes, clothes and logistics. This amount will increase as the player becomes a professional,” says Dilshad Billimoria, certified financial planner and director, Dilzer Consultants.

The future champion’s family should buy a family floater health cover of at least Rs 10 lakh to take care of any injuries that are part of sport even if they have an employer-sponsored policy. “You could also look at a separate policy for the child when he moves to the intermediate level,” says Mathpal.

Finally, parents need to remember that medals and prizes and big money are not the only rewards sports has to offer. “It equips your children with life skills that can come in handy even if they are not able to pursue sports professionally. It teaches them to cope with pressure and bounce back in life,” says Tandon of OGQ. Never see an ‘investment’ in your child’s sporting activities as a waste of resources and effort, should their aim fall short of the goal post.