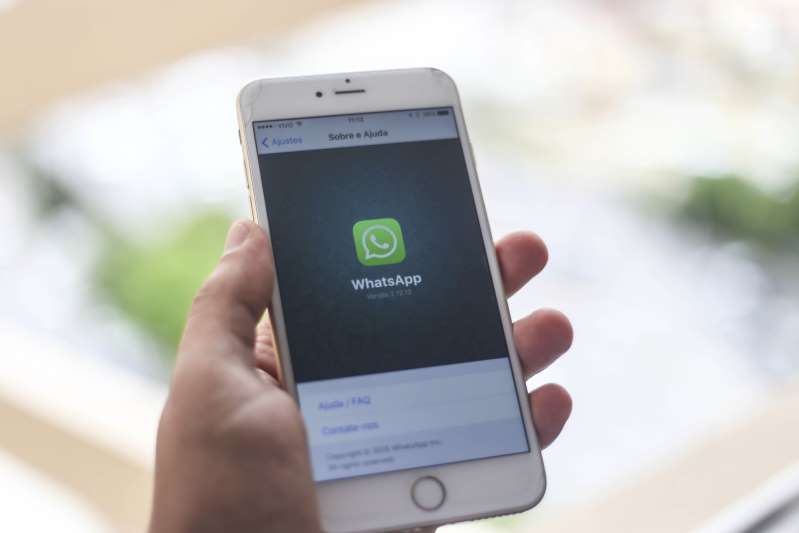 A WhatsApp “text bomb” bug has been discovered that if opened, causes the victim’s phone to slow down and then crash.

The message, which has been shared on Reddit, looks innocent enough but hidden inside it are thousands of simple commands that are designed to overload a smartphone’s operating system. 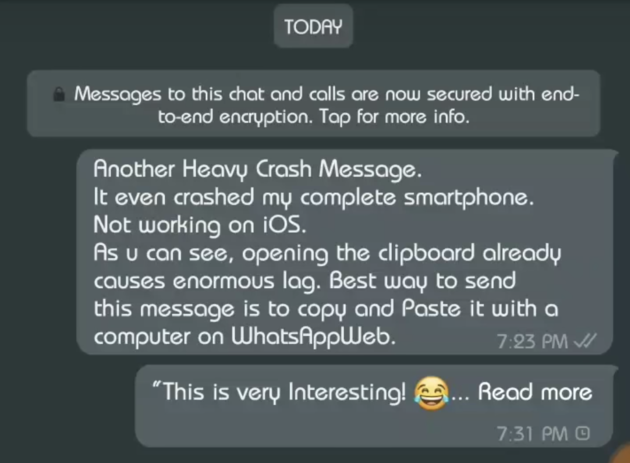 The message reads simple: “This is very Interesting!  😂 Read More”.

Once a person taps on the “Read More” the phone will immediately slow down and in most cases completely crash, forcing the user to restart their phone.

These types of bugs are more annoying than they are directly harmful in that much in the same way that hackers overload websites with traffic, these messages overload smartphones with hidden code.

According to the creator and those commenting on the bug it only works on Windows PCs and Android smartphones at present.

Facebook Messenger appears to block the message detecting it as being potentially harmful and iMessage doesn’t appear to recognise it either.

The genuinely dangerous WhatsApp messages however are the ones that contain actual links. For years hackers have used simple round robin messages that then contain links which when tapped on, will download viruses onto the smartphone.

So while this ‘text bomb’ might cause you some minor inconvenience, the good news is that it’s unlikely to cause any permanent damage to your phone as long as you delete it the moment you get it or after you’ve restarted your phone.