This Truecaller Bug Put Its Users In A ‘Dangerous’ Position. 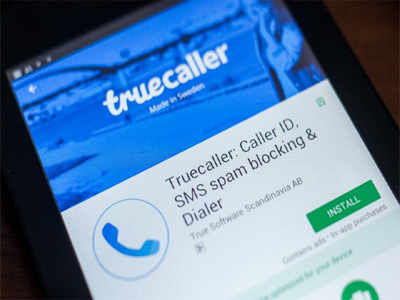 NEW DELHI: Some Truecaller users in India woke up to a surprise message this morning. After an overnight update, the Truecaller app automatically started to register users for UPI services without asking for permission from users before starting the process. Truecaller offers UPI services through its partner ICICI Bank.

The UPI registration process got initiated irrespective of whether the particular Truecaller user is an ICICI Bank account holder or not. This is because for using UPI services of a particular bank, you are not required to have a bank account with that bank. For example, you might have an account with HDFC Bank but still can register with ICICI Bank UPI account through Truecaller app.

In order to automatically start the UPI registration process, the Truecaller app had quietly sent an encrypted message to ICICI Bank to which the users got an SMS from ICICI Bank which said “Your registration for UPI app has started.” On seeing this message, users who had little idea of what might have happened in the background, contacted the National Payments Corporation of India (NPCI) and their respective bank customer support fearing that their bank accounts were compromised.

Truecaller users across India took to social media to complain about the issue as they feared that they might lose money via UPI account transfers. Later in the day, Truecaller admitted that there was a bug in the latest update of the app which caused the glitched and requested users to manually unregister from the UPI services within the app.

“We have discovered a bug in the latest update of Truecaller that affected the payments feature, which automatically triggered a registration post updating to the version. This was a bug and we have discontinued this version of the app so no other users will be affected. We’re sorry about this version not passing our quality standards. We’ve taken quick steps to fix the issue, and already rolled out a fix in a new version. For the users already affected, the new version with the fix will be available shortly, however, in the meanwhile they can choose to manually deregister through the overflow menu in the app,” said Truecaller in a statement.

In 2017, Truecaller had announced a partnership with ICICI Bank to allow users to instantly create UPI ID, send money to any UPI ID or a mobile number registered with the BHIM app. It also enables users to recharge their mobile number from within the Truecaller app itself.