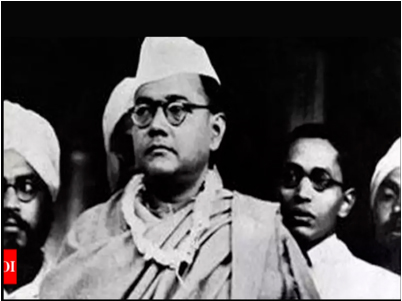 New Delhi, Nov 13 () The government Tuesday announced it will release a Rs 75 commemorative coin on the occasion of 75th anniversary of hoisting of Tricolour for the first time by Netaji Subhash Chandra Bose at Port Blair. A notification in this regard has been issued by the Ministry of Finance.

“The coin of seventy-five rupees denomination shall only be coined at the Mint for issue under the authority of the central government on the occasion of ’75th Anniversary of Hoisting of Tricolour’ for the first time by Netaji Subhash Chandra Bose at Port Blair,” said the notification.

The 35 gram coin will be composed of 50 per cent silver, 40 per cent copper, and 5 per cent each of nickel and zinc.

This coin will bear the portrait of ‘Netaji Subhash Chandra Bose’ saluting the flag on the background of cellular jail.

A numeral 75th along with inscription “anniversary” will be depicted below the portrait.

There will be inscription in both Devanagari script and English saying ‘First Flag Hoisting Day’.

On December 30, 1943, Bose had hoisted the Tricolour for the first time at Cellular Jail, Port Blair.

On October 21, Prime Minister Narendra Modi had hoisted the National Flag at Red Fort and unveiled the plaque to commemorate the 75th Anniversary of formation of Azad Hind Government, formed by Bose. NKD CS MKJ