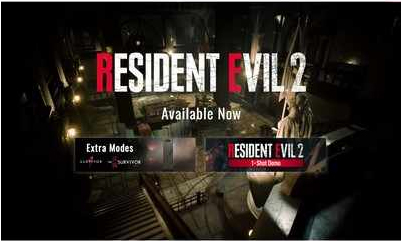 Back in the 90s, Resident Evil was one of the most popular game in the survival horror genre, so naturally when Capcom released a trailer of its new Resident Evil 2 game there was a lot of buzz. The game is basically a remake of the original but it has been redesigned to give it a modern overall look and feel to enhance the gaming experience.

The company has now finally released the game and here’s everything you should know before playing the game.

Platforms: PS4, Xbox One and PC

Capcom has totally redesigned the game from the ground up. However, the game still has some of the elements present from the original versions such as puzzles and items but the remake version took those elements to a new level by mixing it with modern aesthetics. This makes the puzzles, cutscenes and boss fight more engaging than earlier. In short, the Resident Evil 2 remake has all the ingredients that made the original great. The game runs on the same Resident Evil engine from Resident Evil 7- Biohazard released in 2017.

It comes as no surprise that the remake of the game has come out as the original game did receive rave reviews from gamers and critics alike.

Coming back to the remake of RE2, the game also includes some classic threads on classic characters such as Leon police costume and Clair’s jacket, which will be unlocked for free. The game will also have five additional costumes in the Deluxe and Collector’s edition of the game.

In case you want to get a hands-on experience of the game, Capcom had released the 1-Shot demo of the game on January 11. Head to the official Resident Evil 2 website and download the demo.

This is a 30-minutes demo that allows players to get hands-on experience of the game. In the demo, players need to solve the puzzles and move towards the end of the mission.