He said GDP growth touched 7.7 percent in the last quarter of 2017-18 fiscal but now the time has come to look beyond 7-8 percent growth and target double-digit expansion. 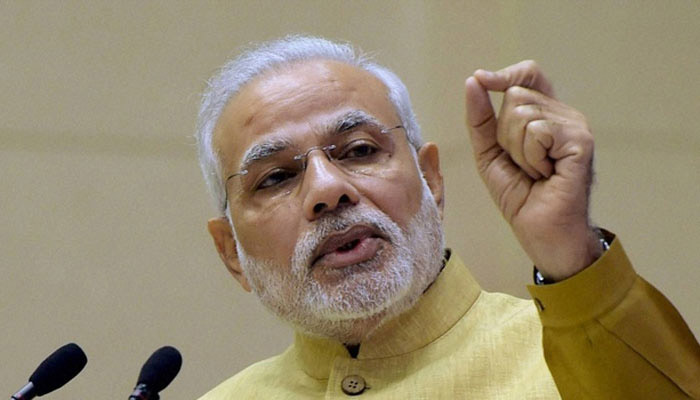 New Delhi: Prime Minister Narendra Modi on Friday spoke of targeting double-digit GDP growth for breaking into the USD 5 trillion economy club and said India’s share in world trade has to be doubled to 3.4 percent.

Speaking after laying the foundation stone of a new office complex of the Ministry of Commerce here, he said his government has in four years taken steps to ease the process of doing business in India while maintaining macroeconomic indicators like current account deficit (CAD) within limits.

He said GDP growth touched 7.7 percent in the last quarter of 2017-18 fiscal but now the time has come to look beyond 7-8 percent growth and target double-digit expansion.

The world, he said, is watching as to when India will break into the USD 5 trillion economy club by doubling its economy.

Also, the government is targeting doubling India’s share in world trade to 3.4 percent, he said, stressing on reducing dependence on imports in sectors like oil through domestic manufacturing.

Listing out achievements of his government, he said the country has moved away from a culture of delaying work through ‘atkana, latkana and bhatkana’ (obstructing, delaying and misguiding).

The Goods and Services Tax (GST), which replaced over a dozen indirect taxes from July 1 last year, has led to not just ease of doing business but also rise in tax base, he said.

Modi said 54 lakh new taxpayers have sought registration under the new regime, taking the number of indirect tax payers to over one crore.

This compares to 60 lakh indirect tax payers in the pre-GST era, the Prime Minister said.

Foreign direct investment inflows as well as foreign exchange reserves are at record highs, he added.