This much-awaited Gmail feature is now available on iPhones and Android phones. 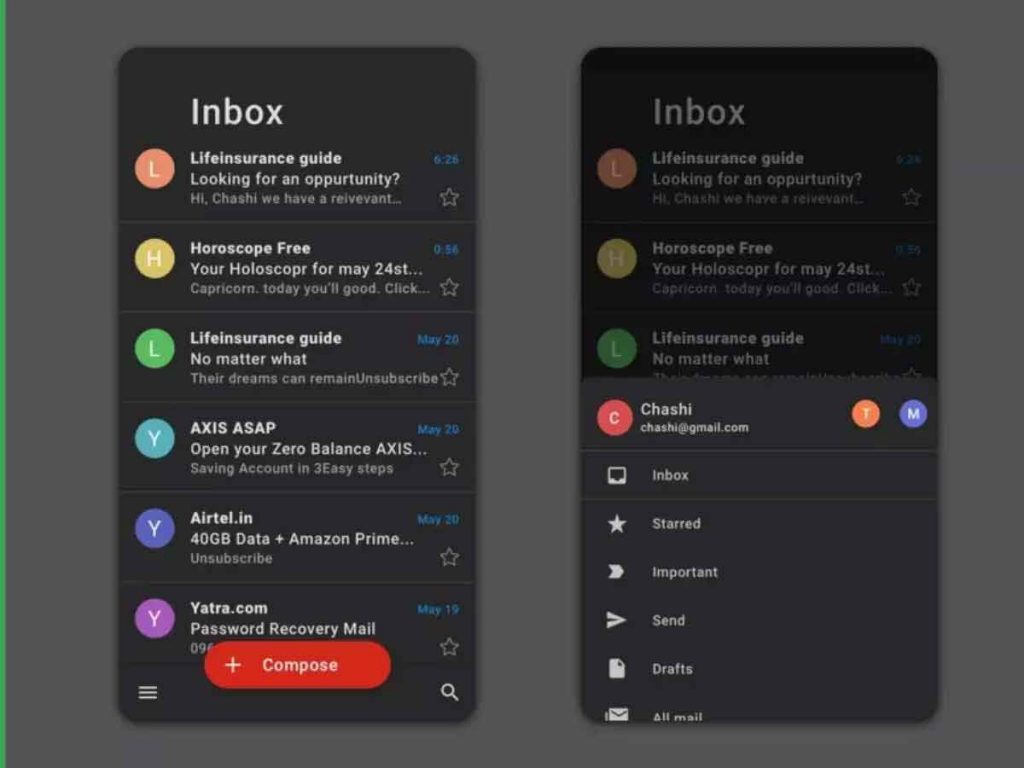 Internet search giant Google has finally announced the official rollout of the dark theme for its Gmail service platform for both Android and iOS users.

perience on Android and iOS devices by introducing dark theme support. Dark theme will begin rolling out today,” said Google in a blog post on its G Suite updates forum.

Shedding light on the rollout of dark theme, Google said that it is an extended rollout and may take longer than 15 days for feature visibility starting September 24. Dark theme on both Android and iOS can be enabled by selecting dark theme mode for your smartphone. However, only the latest operating system versions of Android and iOS — Android 10 and 1OS 13 — come with this feature. “This feature will automatically respect the system settings in Android 10 and iOS 13,” said Google.

Alternatively, Gmail, users can also head to Settings tab in the Gmail app. Tap on ‘Theme’ and then select ‘Dark’.

Last month, Google rolled out a new feature for Gmail and Hangout Chat that will notify users who try to email or ping you if you have marked ‘Out of office’ entry on your Google Calendar. In Gmail, users will see a banner in the compose window of email and chat windows respectively. The banner will say, “[Recipient’s full name] is out of office — back on Day, Date” The banner will appear in the email window after you enter the recipient’s name or if you open their chat.

“With this launch, before people even hit “send,” your time out of office is visible in more places across G Suite, meaning you get more uninterrupted time away. As a sender, you’ll also have more confidence that you’re messaging people at an appropriate time,” said Google in a blogpost. This feature is being gradually rolled out first for instant mails followed by scheduled mails.