Facebook will pay you if you let it Study your smartphone data. 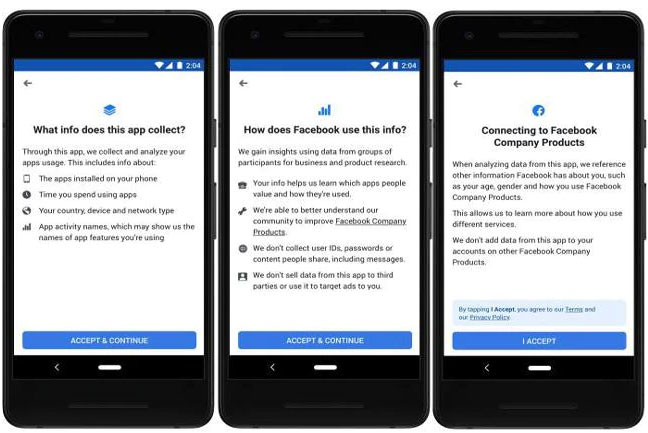 Facebook knows everything. It knows who our friends are. It knows what we like. It probably even knows what we like to do during the weekends (just kidding!). But clearly that is not enough. And so to know more about its users and the apps that keep them occupied, the social media giant has launched the new Study app on the Google Play Store (sorry iPhone users) that will allow the social media giant to collect information from the participating users that will enable the company to ‘build better products’.

So what is in it for the users who let Facebook get an unrestricted access to their smartphone data?

Notably, Facebook is exercising caution while inducing Facebook users to participate in its Study app. For starters, unlike its Project Atlas wherein Facebook collected data of users in the age group of 13 to 35 years, its Study app is meant strictly for users of age 18 years or above.

In addition to this, the company said that it would inform users, via the Play Store listing and via the Facebook website, what information the app would collect and how that information would be used. Facebook said that it will collect information regarding the apps installed on a participant’s phone, the amount of time spent using those apps, participant’s country, device and network type and app activity name, which the social media giant said “may show us the names of app features participants are using”.

“Study from Facebook does not collect user IDs, passwords, or any of the participant’s content, such as photos, videos, or messages. We also don’t sell information from the app to third parties or use it to target ads, and it is not added to a participant’s Facebook account if they have one,” Facebook wrote in a blog post adding that users in India and the US would be the first one to get access to this app.

Notably, Facebook’s Study app comes just four months after its January fiasco wherein Apple revoked Facebook’s Enterprise certificate throwing the company into a state of chaos after a TechCrunch report stated that the social media giant had been using three beta testing services — Applause, BetaBound and uTest — to get complete paid access to the users’ phones using a VPN app called the Facebook Research app. The report also stated that the company had been paying up to $20 a month as a part of the program.