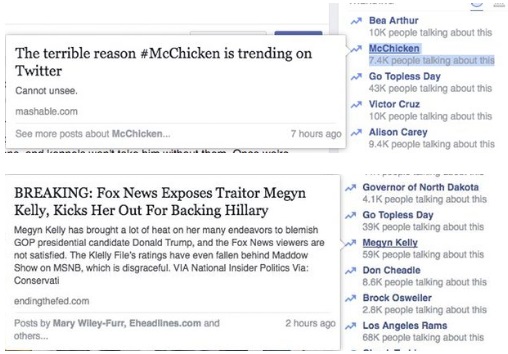 Back in April, as part of an interview with Mathias Döpfner, the CEO of Axel Springer, Facebook CEO Mark Zuckerberg flagged The Social Network’s intent to create a new, dedicated news tab within Facebook, which would showcase content from, in Zuckerberg’s words, ‘high quality, trusted’ sources.

“One of the things that’s really worked over the last year or two is we’ve launched [Facebook Watch] for video, where people who weren’t getting all the video they wanted in News Feed could go to a place that’s a dedicated space to get video. Because that has started to really grow quickly, we’ve decided that there really is an opportunity to do something like that with news as well.”

And this week, reports have suggested that Facebook is taking this idea to the next stage – according to The Wall Street Journal, Facebook is now offering news outlets “millions of dollars” for the rights to put their content in a dedicated news section, which Facebook is looking to launch before the end of the year.

“Representatives from Facebook have told news executives they would be willing to pay as much as $3 million a year to license headlines and previews of articles from news outlets, the people said.”

The initiative would mark the first real push into news content since the demise of Facebook’s Trending News section last year – Facebook’s Trending News listing, which used to have a prominent home at the top of News Feeds, was embroiled in controversy back in 2016 over suggestions that Facebook employees had manually amplified and/or suppressed stories in its Trending headlines, sparking questions of the company’s role in the media cycle.

Facebook sought to correct this by getting rid of human moderators and switching to an impartial, algorithm-based Trending News listing. But that also had its issues – most notably, it highlighted, and amplified, several controversial and/or fake reports.

In response, Facebook opted to remove the section entirely, and avoid the related concerns. But as Zuckerberg notes, there is demand for news content on Facebook, research shows that some 43% of Americans get at least some news content from The Social Network.

Facebook can, and does, play a role in news sharing. It just needs to get it right.

The proposed new News section – essentially Facebook Watch for News – would serve as a means to fill this need, while it would also enable Facebook to maintain some level of control over the content displayed by choosing the partners it works with, and highlights within the stream. That, in itself, could still cause Facebook headaches – just this week, reports suggested that The White House is considering an Executive Order

The Trump Administration has repeatedly attacked the way social networks enforce platform rules, and in its view, restrict conservative speech. If Facebook were to create a whole news section of vetted partners, that could lead to more accusations of bias. Thus far, reports have suggested that Facebook has spoken to ABC News, Dow Jones, The Washington Post, and Bloomberg – all trusted, established news providers. But that may leave some more partisan outlets out of the loop.

which would task the FCC with developing new regulations that would determine when and how social media companies filter posts, videos or articles on their platforms.

The push into video news content makes sense – according to Facebook’s own research, ‘News and Current Affairs’ content is the second most-watched video category in Australia, so if Facebook wants Watch to catch on in that region, it needs to branch into this element.

In this respect, despite the concerns around perceived bias, Facebook’s intention may be entirely business-focused. If more people are looking for news content, and Facebook can find a way to give it to them in a format that they like, Facebook wins through increased engagement and ad exposure. That equation is less about ensuring people see the ‘right’ news content, and more about keeping them on Facebook for longer.

As with most things Facebook, it’s difficult to say which is the biggest motivating factor.

Regardless, it does look like Facebook is going to make a new push with its ‘Watch for News’ initiative, with Zuck himself clearly pushing for the move.

Will that become another point of contention for Facebook moving forward, or another way for the platform to boost usage? We’ll have to wait and see.