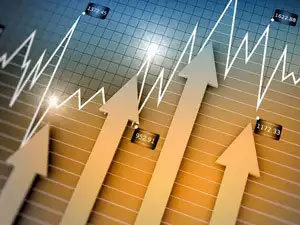 However, there is still some confusion about the seemingly simple concept among some investors. Does the NAV also include all expenses? Is it better to invest in a scheme with a higher NAV or a lower NAV? Such queries are quite common in various mutual fund forums.

In simple words, NAV is the price which you pay to buy a unit of mutual fund scheme when you invest. You also sell it on NAV, but the sell price can be lower than NAV if there is an exit load. Exit load is always chargeable as a percentage of the NAV.

The mathematical formula for calculating NAV is:

Assets of a mutual fund scheme are primarily divided into securities and liquid cash. Securities include both, equity and debt instruments, like equity shares, bonds, debentures, commercial papers, etc. Accrued interest and dividends also form part of the assets.

Debts include money owed for outstanding liabilities and expenses. All accrued expenses are included in this.

Fund house takes into account the market value of all the assets on a daily basis to calculate the NAV.

Does NAV matter?
You may be buying and selling mutual fund units at NAV, but it shouldn’t be confused with the market price of a stock. The stock price is decided by investors in the stock market, depending on the fundamentals of the company, future prospects of the company, etc. That is why the market price can be different than the book value of the stock. The NAV is not decided by investors. It is the total value of the portfolio held by the scheme.

That is why it is not wise to base your investment decision on NAV of a scheme. Comparing the NAV of two mutual fund schemes does not tell you anything about their future prospects. As you know now, NAV reflects the total value of the schemes investments minus liabilities and expenses.

So, a higher NAV simply means that the scheme’s investments have fared really well. Or the scheme has been around for a long period.

The NAV only impact the number of units you may get. You will receive fewer units if you select a scheme with high NAV but the value of your investment will remain same. It is the performance and the returns generated by the mutual fund scheme that matters.