Do you know how much balance PM Modi has in his bank account? 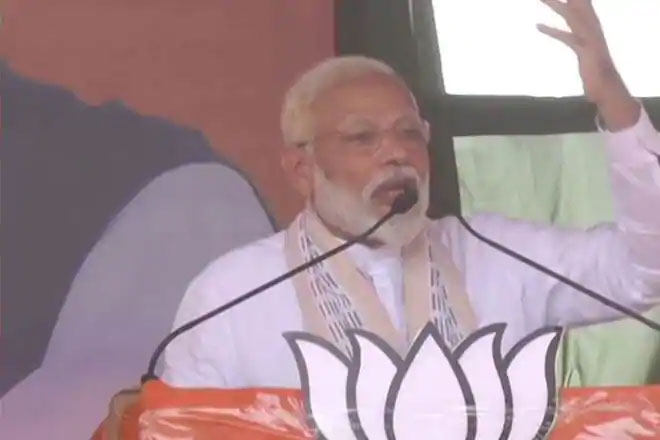 Prime Minister Narendra Modi has assets worth Rs 2.5 crore including a residential plot in Gujarat’s Gandhinagar, fixed deposits of Rs 1.27 crore and Rs 38,750 cash in hand, according to his affidavit filed with the Election Commission on Friday. Modi has named Jashodaben as his wife and declared that he has an M.A. degree from Gujarat University in 1983.

The affidavit said he is an arts graduate from Delhi University (1978). He passed SSC exam from Gujarat board in 1967, it said. He has declared movable assets worth Rs 1.41 crore and immovable assets valued at Rs 1.1 crore. The prime minister has invested Rs 20,000 in tax saving infra bonds, Rs 7.61 lakh in National Saving Certificate (NSC) and another Rs 1.9 lakh in LIC policies. His cash balance in savings bank account is Rs 4,143. Modi has four gold rings, weighing 45 grams, valued at Rs 1.13 lakh.

The prime minister has declared the property details in the affidavit which is a mandatory requirement for filing nomination papers. Modi possess about 3,531 sq ft plot in Sector-1, Gandhinagar. The value of the property, which includes a residential unit on the plot, is assessed to be Rs 1.1 crore, according to the affidavit.

While Modi has listed “salary from government” and “interest from bank” as his sources of income, his wife’s source of income is mentioned as “not known”. Her profession or occupation is also listed as “not known”. Modi has declared that he neither has any criminal case pending against him nor has any government dues on him. The prime minister, who is seeking a second term from Varanasi parliamentary constituency, had disclosed a total assets of Rs 1.65 crore in 2014.