Nokia 2.2 quick review: Budget Android One phone with a lot of AI. 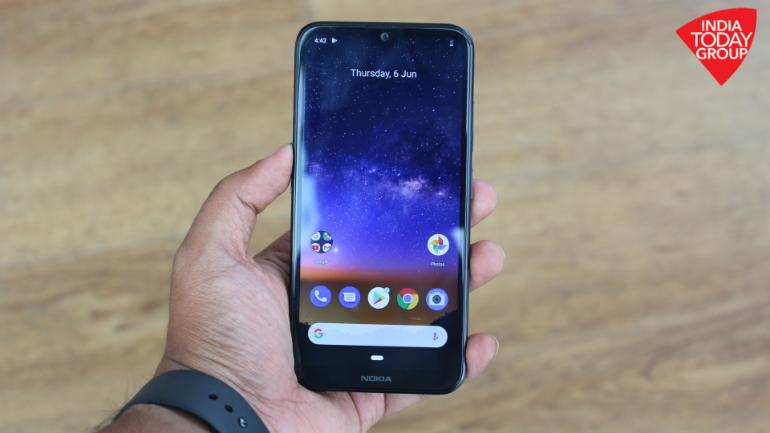 The Nokia 2.2 was launched in India today as HMD’s most affordable Android One smartphone. In a lot of ways, the Nokia 2.2 draws inspiration from the Nokia 3.2 and Nokia 4.2 that were launched in the country a few months ago. Like them, the Nokia 2.2 also highlights a waterdrop display and it also comes with a dedicated Google Assistant button. All of this at a starting price of Rs 6,999, makes the Nokia 2.2 a pretty interesting addition to the company’s budget portfolio.

HMD Global launched the Nokia 3.2 and Nokia 4.2 in India earlier this year as budget smartphones with updated designs. Similarly, the Nokia 2.2 is an upgrade over the Nokia 2.2 in more ways than one. Not only does it bring a design that’s in keeping with current trends, but it also upgrades the hardware as well as the software. I spent a couple of hours with the Nokia 2.2 and here are my initial thoughts.

The Nokia 2.2 indeed looks like the Nokia 4.2 from the front. The bezels around the display are a lot thinner compared to the Nokia 2.1 which came with thick top and bottom bezels. The top and side bezels are slim and you get a U-shaped teardrop notch. The bottom chin is thicker in comparison and houses the Nokia logo. By reducing the bezels, the Nokia 2.2 is able to fit in more display in roughly the same footprint of the Nokia 2.1.

The rear panel is still plastic polycarbonate, but there is a difference. While the Nokia 2.1 had a coarse, matt-like feel to it with copper accents around the frame, the Nokia 2.1 panel is one unibody glossy shell that covers the back and frame. The other big difference is that you can remove the cover on the Nokia 2.2, allowing you to interchange it with Xpress-On covers. The Nokia 2.2 comes in Steel and Tungsten Black colours while Xpress-On covers can be found in Taurus Green, Pink Sand and Ice Blue.

The glossy panel makes the back of the Nokia 2.2 easier to smudge while scratches will look noticeable. That being said, you can trust Nokia phones to offer a solid build and the Nokia 2.2 is no different. The phone feels sturdy and the weight feels balanced. The volume and power buttons are placed on the right and the Google Assistant button is on the left.

HMD Global introduced the Google Assistant button on the Nokia 3.2 and Nokia 4.2 and it’s clear the company is looking to make this staple feature on its phones this year. The Nokia 2.2 gets the dedicated AI button, which allows you to launch Assistant quickly with a single tap. You can also long press the button to make long requests it works on lock screen as well.

The Nokia 2.2 sports a 5.7-inch HD+ display with 400 nits maximum brightness. Based on a brief interaction with the device, the display looks good with deep colours and good brightness levels indoors. We will have more to say about the display quality in an in-depth review.

Powering the Nokia 2.2 is a MediaTek Helio A22 chipset paired with 2GB or 3GB of RAM. Depending on the RAM option, you will either get 16GB or 32GB of internal storage. On paper, this is a clear upgrade over the Nokia 2.1 which comes with a Snapdragon 425 processor and 1GB of RAM. This should also mean faster real-world performance, which we can only know after spending more time with the device.

Arguably, the biggest upgrade to the Nokia 2.2 over its predecessor is the software. The Nokia 2.1 was an Android Go phone which means it ran on a trimmed down version of Android Oreo with customised and toned down Google Go apps. The Nokia 2.2 is now an Android One phone with a full-fledged Android Pie software out of the box. And it’s a stock Android software with no bloatware or customisations.

The Nokia 2.2 on Android Pie means you get features like gesture-based navigation, Adaptive Brightness, Adaptive Battery and Digital Wellbeing. The Android One phone will also get two major software updates and at least three years of monthly Android security patches. HMD also says the Nokia 2.2 is Android Q-ready and should be among the first Nokia phones to get upgraded to Android Q.