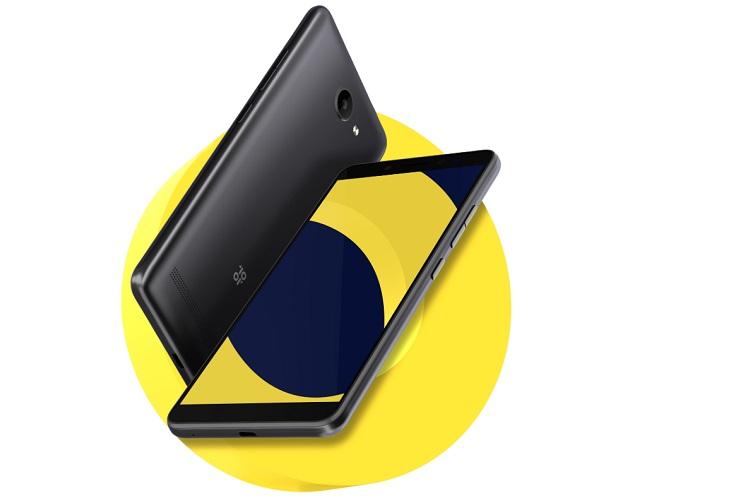 Amazon has launched a new smartphone, 10.or D2 under its own private label as part of the ‘Crafted by Amazon’ programme in India.

The smartphone, pronounced as ‘tenor’, has decent specs for a lower end phone and may not pass muster as a middle segment device. Here are the specs; the display is 5.45 inches and the screen resolution 720x1440pixels making it a HD+ and its type is described as LTPS display. The aspect ratio of the screen is kept at 18:9.

The processor is the Qualcomm Snapdragon 625 SoC and its clocking speed is 1.4GHz. The 10.or D2 comes in 2 RAM/ROM variants; 2GB/16GB and 3GB/32GB are the configurations and the phone’s overall size measures 147.7mmx70.5mmx8.6mm, and at 144gms it should be considered a light weight phone. The OS is the stock Android Oreo 8.1 which should score some brownie points since very few devices, at least in the Indian market have the latest OS running on them yet.

The battery is 3200mAh. The maker of the phone claims the battery is good enough for 19 hours of talk time, 8 hours of 4G internet use, 10 hours of Wi-Fi use, 70 hours of MP3 playback time. The standby time is as much as 20 days.

There is only a single 13MP camera in the rear and the front camera is rated at 5MP. Both the sensors get adequate support from features like HDR, low light enhancement, Beautify, and Panaroma feature for the rear camera and Selfie Countdown, Beautify, and Face Detection for the front selfie camera.

A microSD card that can take the storage to 128GB is also provided. Connectivity options including 4G VoLTE are in place. The device has water protection feature with an IPX2 certifications.

On pricing, the 10.or D2 with 2GB RAM and 16GB internal storage is being offered at Rs 6,999 and the 3GB/32GB phone at Rs 7,999. There are many offers being made available to the buyers on launch in association with banks and one can get a no-cost EMI option as well.

It has been available for Amazon Prime members since August 27, while other customers can start buying from the next day, August 28.